What to expect in Trinidad and Tobago's greenhouse gas plan 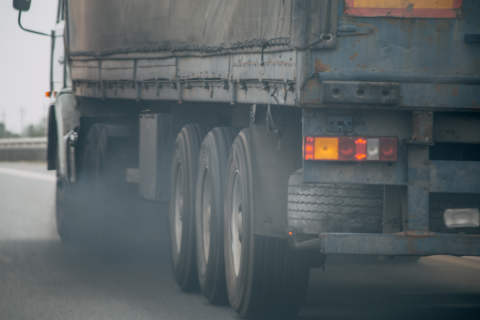 Last week, the Ministry of Planning unveiled the results of the National Climate Mitigation, Reporting and Verification System (MRV). Except it wasn’t actually the results that one would have expected – namely new, verified and accurate data on the country’s greenhouse gas (GHG) emissions.

Instead, it was a presentation of a new standard monitoring and evaluation system – the first of its kind in the region – to help create a template for reporting agencies and regulators to better assess the country’s ability to achieve its GHG reduction targets.

This template is nevertheless an important stepping stone on the path to climate change mitigation and the country’s nationally determined commitments (NDCs) to the Paris Agreement on climate change.

The country’s NDCs were drafted in 2015; the Paris Agreement was signed in 2016; and TT ratified the Paris Agreement in 2018. NDCs are the country’s global commitments to reduce greenhouse gases, especially in the industries that contribute the largest percentages. It is based on a business-as-usual template (not year-on-year, as is assumed), so TT’s obligation is to reduce greenhouse gases by 15 per cent from what the business-as-usual projection would have been by 2030.

“The Paris Agreement now requires every country regardless of size to account or be accountable for emissions and progress in its commitments,” Kishan Kumarsingh, Planning’s head of multilateral environmental agreements unit.

“What happened before was we found a lot of data gaps and the quality of the data was not robust. The uncertainty was large in terms of the data and the emissions we calculated,” he explained.

Emissions are not measured – data collectors don’t have some kind of probe they stick into a factory chimney to measure emissions and get readings.

“You look at activity data. So in the industrial sector, because of the chemistry of the product – ammonia, methanol, nitric acid – we know for each tonne that is produced there’s an associated amount of carbon dioxide produced. So,we can work backward to create an estimate. But that is at a very rudimentary level,” he said.

Data collection needed tightening up, especially with the increased international scrutiny. So with funding and guidance in part from the UN Development Programme, the MVR system was commissioned and created.

The system streamlines data collection methods with international best practice. However, it needs to be formalised into legislation before it can become institutionalised. The Environmental Management Authority (EMA) is the regulatory body in charge of the process, since it will require amendments and additions to the air pollution rules. The EMA is currently doing evaluations and consultations and then the next step is enacting into legislation.

“So, much like the air pollution rules, it becomes routine and it is designed in a way that once the data can be verified for quality, the data can now be extracted and compiled automatically, making the process more streamlined,” Kumarsingh said.

Part of the new rules will be mandatory reporting from stakeholders. So far, though, Kumarsingh said the industrial sector has been willing to voluntarily submit data.

“The industrial sector is part of the whole project. The bulk of volunteers in the pilot testing phase were from industry, because they now understand the need for (this type of reporting). It also helps industry to track their own emissions.

“Companies see the huge opportunities for them. The paradigm has shifted significantly. When we did the first inventory 20 years ago, we had very little co-operation. But over time, with the recognition that there is a climate emergency, there’s more buy-in, especially from multinationals moving to respond, so that’s quite encouraging,” Kumarsingh said.

As to the data, Kumarsingh acknowledged that there is a gap in data in the public domain – especially verifiable data about statistics that place Trinidad and Tobago second on the biggest per-capita GHG producers in the world. It’s true, Kumarsingh noted, because TT has a small population and an outsized industrial sector (which contributes an estimated 73 per cent of GHGs).

But he said the ministry’s technocrats were working on analysing the latest data for the completed inventory for international reporting from 2006 to 2018. When that’s done, it will be released to the public.

“Those are the latest complete data sets available. We are now doing quality-control checks on that data. We are almost finished but we want to make sure we have confidence in those numbers.”

Trinidad and Tobago’s National Climate Mitigation Reporting and Verification System and its supporting key management service (KMS) are designed to allow stakeholders (that is, data providers) to calculate their greenhouse gas emissions using the Intergovernmental Panel on Climate Change (IPCC) guidelines and upload the information into the KMS.

The EMA Air Unit will then perform the necessary quality assurance and quality control checks on the data before incorporating into the National Inventory. The national data will then be reviewed by a third party for accuracy and then submitted to international bodies for transparency and accountability.