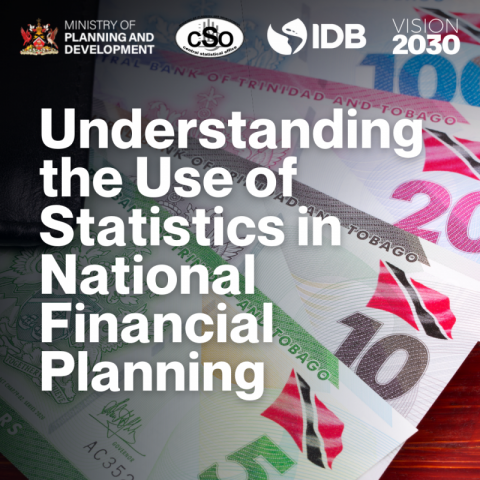 “...we are now focused on building an economy which is more inclusive and more sustainable”, stated Minister of Finance, the Honourable Colm Imbert in his presentation of the National Budget on 5 October 2020. Entitled ‘Resetting the Economy for Growth and Innovation, the budget covered the 2020/2021 fiscal year.

A National Budget, presented annually for parliamentary review, provides an overview of the Government’s priority areas for the upcoming financial year, proposed income and expenditure for the stated period, as well as the achievements over the past few months. Subsequent to the presentation, it is then debated and voted on by the upper and lower houses of parliament. Upon general consensus, it is implemented by government ministries and agencies respective to their individual portfolios. A government’s ability to improve public services and initiate developmental programs depends heavily on the proper implementation of its national budget.

An optimized national budget results in an equitable distribution of the nation’s resources and contributes to national development in various ways. It helps to:-

The necessary allocation of funds to government ministries and agencies ensures that underprivileged sections of society are supported, proper educational and health facilities are provided, regional disparity is alleviated, and much more. Using high-quality data, a government can determine areas of weaknesses in society and distribute resources to achieve economic stability and social development.

Trinidad and Tobago’s National Development Strategy 2016-2030 states that “In order to achieve prosperity and improve the quality of life of citizens, Government will commit to responsible fiscal management - balancing the budget and reducing debt - so it can support strong economic growth and job creation, and recalibrate when the economy is negatively affect by global developments.”

Official statistics play a major role in the allocation of fiscal resources. Financial projections which provide the basis for the national budget are rooted in the country’s Gross Domestic Product (GDP). GDP is in turn formulated via the implementation of the 2008 System of National Accounts (SNA): a statistical framework which offers reliable and comprehensive macroeconomic accounting tools used for policymaking and analysis. Data compiled under this framework are internationally comparable except for a few countries. Furthermore, concepts and classifications of SNA 2008 are harmonized with other international statistical systems and manuals, highlighting the role of statistics in national development.

Specialized statistical systems work together with national accounts data towards holistic macroeconomics policy development. Some such systems include:-

The Balance of Payments Report compiled annually by the Central Bank of Trinidad and Tobago together with the Central Statistical Office accounts for international expenditure by the country, listing any trade deficits or surpluses that may occur.

Labour force statistics calculates the sum of employed and unemployed persons in the country. This data can be utilised by government ministries, non-profit organisations, and civil societies to generate employment initiatives. Grants, subsidies, and funds for these initiatives form a percentage of the national budgetary allocations.

The Survey of Living Conditions (SLC) together with the Household Budgetary Survey (HBS) provides critical information on the geographic distribution of poverty, unemployment, and indigence in the country. This will inform the budgetary allocations for ministries such as the Ministry of Social Development and Family Services, as well as the Ministry of Rural Development and Local Government.

The degree of deviation from the estimated and actual budgetary requirements over the fiscal year have major implications for public welfare delivery and macroeconomic policy implementation.

The use of official statistics in the national budget can ensure accountability, realistic fiscal management, and the cultivation of trust between citizens and their elected officials.