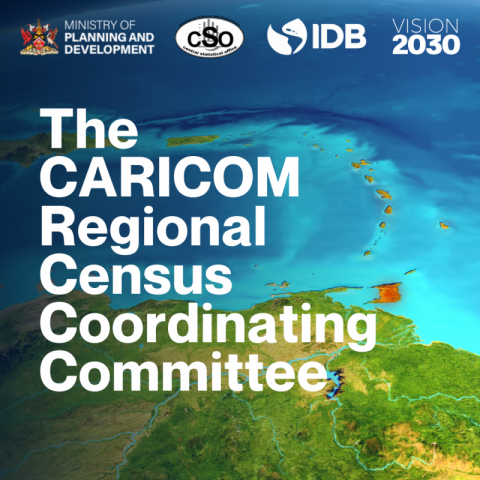 In 1973, the Treaty of Chaguaramas resulted in the establishment of the long-awaited vehicle for regional integration and cooperation, dubbed the Caribbean Community and Common Market (CARICOM). One of the core objectives of CARICOM was the formation of a CARICOM Single Market and Economy (CSME) for member states; this regional response to global economic challenges was formally adopted by CARICOM in 2006. The main objective of the CSME is to foster economic growth and sustainable development for the Caribbean.

Of utmost importance to the goals of CARICOM and the CSME in guiding and monitoring progress, assessing the impact of regional integration, and creating evidence-based policies is the use of official statistics. Furthermore, a harmonization of statistical processes is necessary to regional integration, necessitating the presence of a statistical framework that adheres to regional and international standards, the production of high quality comparable statistics from member states as well as mechanisms to monitor progress.

A common framework for the gathering, processing, and dissemination of data regarding the population and housing census was developed in 2010. This framework, under the Regional Census Coordinating Committee (RCCC), allows for the use of uniform concepts and common core questions leading to regionally comparable statistical data. The Common Census Framework consists of three major components:

The social, demographic, and economic information collected during national censuses can be used to identify which Sustainable Development Goals (SDG) indicators can be produced and what data can be used to meet the SDGs.

For the 2020-2022 round of the Population and Housing Census in the Caribbean, the common census questionnaire consists of both common core and non-core questions which can be adopted for national census use and regional comparability of specific SDG indicators. A harmonised set of census questions is expected to have numerous benefits such as the creation and maintenance of a regional database with comparable data sets, high quality timely information on the Caribbean region, and standardized methodology relating to the Population and Housing census. Other benefits include technical assistance in the form of training for census supervisors and enumerators across the region, along with the development of regional policies aimed at consolidating the objectives of the CSME.

In 2016, the Action Plan for the Improvement of Statistics was endorsed by the CARICOM Heads of Government. It details a specific set of steps which should be taken by governments to improve the availability of statistics in the region, engender a culture of evidence-based policymaking, and cultivate greater levels of development for the people of the Caribbean.

The Action Plan is a direct response to the increased need for statistics to advance the goals of the CSME and to meet the commitments made to the 2030 Agenda for Sustainable Development.

Building statistical resilience in the Caribbean community requires the harmonization of processes, good governance, an integrated statistical system, innovation, advocacy, and communication. The harmonization of processes can be facilitated through the sharing of expertise, tools, and best practices.  A regionally-coordinated census strategy can utilise scarce resources by pooling equipment and technologies to enable their use across the region.

Key challenges that impact on the national census as well as other statistical activities include financial constraints and outdated IT infrastructure. These limit the optimal operations of national statistical offices and the efficiency of statistical production and dissemination.

The regionally-coordinated approach to census taking has been a tradition in the Caribbean since the colonial era; it is therefore expected that this continued approach will mitigate some of the risks and challenges faced by Small Island Developing States in the Caribbean and help build a responsive and integrated CARICOM statistical system.