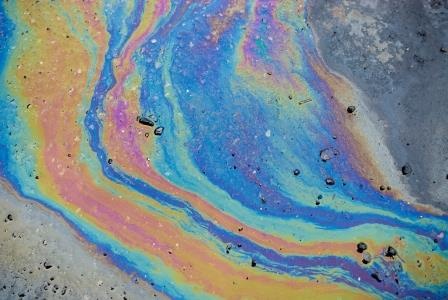 4:30PM Port of Spain:- No oily substance was found at the Cocorite Fish Landing Facility and in the waters in its immediate vicinity. This was one of the key observations of a surveillance exercise conducted this morning by a joint team comprising representatives of the Environmental Management Authority (EMA) and the Institute of Marine Affairs (IMA). The team also surveyed the coastline from Cocorite, westwards to the Chaguramas Peninsula and found no new areas of contamination.
Preliminary oil fingerprinting analyses conducted by the IMA on two samples collected at the most impacted areas in Chaguaramas (Point Gourde and Crews Inn), on October 16th 2017 have indicated that the samples are characteristic of “bilge oil’, and not crude oil or refined oil in origin. Bilge oil represents a mixture of fuel oils and waste oils present on ships. Based on these results, large vessels with bilge compartments for oily wastes are targeted as possible sources. An oil trajectory model is also being used to assist with identifying the likely source of the spill.
During the land surveillance, clean up works were observed in progress at the sites most affected by the incident, which include the Chaguaramas Boardwalk, Williams Bay, Anchorage/Hart’s Cut, Crews Inn Marina and Alcan Bay. Several crews were working on removing contaminated debris, sediment and oil soaked absorbent materials used in the clean up efforts. The team also conducted a sea surveillance exercise following up on potential leads regarding the source of the“bilge oil”. With the assistance of the Trinidad and Tobago Coast Guard (TTCG), the team boarded two (2) vessels in the Chaguaramas area to take bilge tank samples for fingerprinting analysis, as part of the ongoing investigation. Additionally, samples were taken at the site of a partially sunken vessel in the Point Gourde area, in order to determine whether it could have been the source of the pollution. Also present during the sea surveillance exercise was the Zoological Society of Trinidad and Tobago (ZSTT) and Wildlife Officers of the Forestry Division, to assist with any animal rescue. No dead or oiled animals, such as seabirds or other marine mammals, were noted during the exercise. There were no dead fish at any of the surveyed sites.
Additionally, there were no sightings of the pollutant in the offshore Chaguaramas area, suggesting that the indicident was one-off in nature. The Minister of Planning and Development, the Honourable Camille Robinson-Regis, has been kept apprised of the findings of the joint surveillance exercise today and is in full support of the ongoing efforts of these Agencies under her Ministry’s ambit (the EMA and IMA) to identify the source of the spill. The EMA and IMA continue to coordinate activities with the Ministry of Energy & Energy Industries on the investigation and clean up following this incident, and expresses gratitude to those concerned members of the public who have shared information on the incident and requests that the public continue to provide information that may assist with this investigation by contacting 680-9588 or complaints@ema.co.tt.
The EMA and IMA strongly condemn the perpetrators of this environmental crime and assure the public that it will continue to investigate all potential leads.