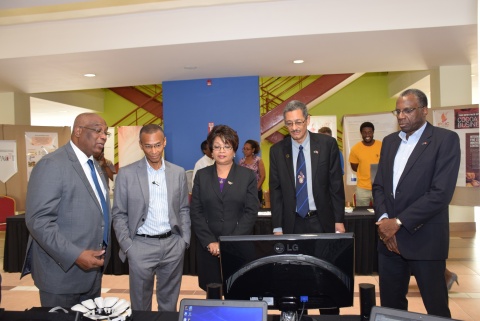 In its early years, Minnesota Mining and Manufacturing Company, now known as 3M, was a dismal failure. After years of mining losses and red ink, company founders and investors came to a crossroads. They could close the business, or change course. 3M executives did what most successful executives do when faced with failure. They used it as an opportunity to find a path to success. We’re glad they did. Today, the company generates nearly US$30 billion in revenue selling over 55,000 products and employing roughly 84,000 people.
When Steve Jobs returned to Apple after his twelve years of wandering, the company needed a controversial US$150 million investment from “arch rival” Microsoft to stay afloat. Even worse, when asked what he would do if he were in Jobs’s shoes, Michael Dell said, “I’d shut it down, and give the money back to shareholders.” Rather than give up, Jobs was able to use these “indignities” to fuel an amazing comeback. In a very short period of time, Apple grew to the most valuable company ever.
While there are several possibilities, the one common ingredient that brought 3M and Apple from the brink of failure to achieve such an amazing record of success is innovation.
On the other hand, one can ask the question: Where is AOL? MySpace? Or now Barnes and Noble? These companies were titans of success and innovation. Now, they are left behind. This is because management and their staff failed to recognize the dynamics of a free market, failed to satisfy the changing demands of their customers by providing goods and services at a price, and in a manner and mechanism that was user friendly, cost effective, and able to reach a large audience. They have been succeeded now by Amazon.com, Google, and Facebook.
I began by referencing these international giants, simply because their experiences are testimony to the truism that we either innovate or die. While these examples speak of business enterprises, the same applies to countries, particularly countries like Trinidad and Tobago which, from its economic adolescence has thrived on a mono-culture system of operations, first in sugar cane, then in oil and gas. For the policy makers in the Ministry of Planning and Development, there is absolutely no doubt in our minds that innovation that leads to diversification is central to our economic prosperity.
Was Bill Gates looking at us here in Trinidad and Tobago when he said: “Success is a lousy teacher. It seduces smart people into thinking they can't lose”? For far too long, and with consequences that are not painfully unknown to all gathered here today, we rested in a mode of complacency and the success of our oil and gas industry. The efforts at diversification for several decades were sporadic at best, and some attempts were vehemently resisted, allowing other players to seize the opportunities that were once open to us.
Innovation required us to make our own products obsolete, before others did it for us. Shale oil and gas and solar power are not new, but today, Trinidad and Tobago finds itself behind the proverbial eight-ball, because we did not innovate and diversify fast enough. Today, we understand

very well that survival requires a lot more than treading water, marking time and hoping for the best.
Former Israeli President and Prime Minister Shimon Peres once said: “In Israel, a land lacking in natural resources, we learned to appreciate our greatest national advantage – our minds. Through creativity and innovation, we transformed barren deserts into flourishing fields and pioneered new frontiers in science and technology.”
That is our hope for the future and for events such as this conference …. that this gathering of
Trinidad and Tobago’s finest minds, together with our international partners, will be a decisive step forward in building a national innovation system that drives competitiveness and diversification. In our push to create the modern economy, there must be a constant focus on creativity, ambition and innovation in everything we do. Innovation must be integral to the mindset of each citizen.
This is why it is an honour to share the stage with persons of the calibre of Professors John Agard and Brian Copeland, himself one of the leading innovators in the growth and development of the G Pan.
It is also important to acknowledge our development partners, the Inter-American Development Bank (IDB) and the European Union. Fifty years ago, Trinidad and Tobago became the first country of the English-speaking Caribbean to become a member of the IDB. This membership has yielded tremendous benefits to our citizens and contributed significantly to Trinidad and Tobago being one of the most prosperous nations in the Caribbean. Once again, in this effort to build a diversified, innovation-driven economy, the IDB is standing firm as a valued partner to this country.
Similarly, our partnership with the EU dates back to 1957, and our present engagement under the National Indicative Programme 2014-2020 (11th EDF) which has identified innovation as a priority area, is of extreme importance to us. The EU has also funded a consultancy that is being executed by the University of the West Indies (UWI) to define the support that will be offered by the EU to the Government of Trinidad and Tobago for the implementation of the National Innovation Policy.

Ladies and gentlemen, today's conference is a very important and significant step forward. It marks not only the coming together of government, multilateral agencies, business, and academia in partnership to discuss a key development issue, but because we are here to ponder what is perhaps the most crucial question for us today – how do we create a culture of innovation, how do we so embed it into the national psyche, in schools, in industry, in the judiciary, in governance, in our homes, such that it permeates every major decision that confronts us?
In the current scenario of declining oil and gas prices globally, and domestic production of crude oil and natural gas and the impact of shale gas production and geopolitics in energy markets, diversification is a necessity: Our survival depends on it. These largely exogenous occurrences have precipitated large fiscal and current account deficits and caused contraction of both the energy sector and consequentially, the non-energy sector from 2015. Our own sluggishness in making concrete diversification decisions have also not been helpful.
Given the inevitable decline in non-renewable energy resources and revenues, the country’s continued economic survival depends on its ability to grow domestic capabilities, diversify the structure of its production base and become a knowledge-fuelled innovative economy since, unlike finite resources, creativity and innovation are limitless.
Mindful of its own responsibilities, the Government has embarked on a number of initiatives, the first of which was to rationalise government expenditure and stop the haemorrhaging of scarce national resources while prudently minimising the consequential social and economic fallout.
By removing systemic inefficiencies and decreasing Government transfers and subsidies, the
Government has sought to establish the foundation that will deliver jobs and growth in the future.
The scale of the Government’s ambition goes beyond simply fixing our economy. The commitment is to foster a culture, where data-driven decision making, creativity, innovation and excellence are championed as the mechanisms to close the gap with our competitors.

Vision 2030
The main plank on which this culture will be built, ladies and gentlemen, is through the implementation of the Draft National Development Strategy (2016-2030) otherwise known as “Vision 2030” which presents the broad priorities for the economic and social development of Trinidad and Tobago.
One of the major pillars of Vision 2030 is Building Globally Competitive Businesses. The results and findings of collaborative engagements such as this one will definitely impact the success of this effort.
For Vision 2030 to be achievable, it must be complemented by a number of strategies and policies such as a diversification strategy, public sector transformation strategy, an environment strategy, Ministry business plans, and the national innovation policy. Many of us also recognise the importance of continuity in Government Policy when administrations change in the political cycle. It is for that reason, ladies and gentlemen, that the Government has laid the Vision 2030 document in the Parliament and sent it before a Joint Select Committee of the Parliament.
Vision 2030 is important to all sectors of the national landscape, all sectors of the national economy, and certainly to the entire population, regardless of where you live.
National Innovation Policy
Ladies and gentlemen, no one Administration owns the repository of knowledge and information. In terms of the National Innovation Policy, the current Government has built on the work of its predecessor.
It is now focussed on designing strategies for driving innovation and has embarked on a national innovation agenda as the critical factor for achieving global competitiveness, economic sustainability and sustainable development.

The first phase of carrying out this agenda is the approval of the Revised National Innovation Policy (NIP). The aim of the Revised NIP is to create the policy framework and enabling environment that will position Trinidad and Tobago among the world's leading knowledge and skills-based countries.
Specifically, the NIP aims to:
• Increase investments in R&D and innovation up to 1.0 per cent of GDP by 2025;
• Support the technological modernisation of firms, projects for the advancement of applied research, establishment of R&D centres, development of clusters, etc.;
• Support innovative ideas that offer the prospect of effective commercialisation; and
• Improve the quality of innovation, scientific research and the supporting structure, strengthen its applied orientation and improve science-business-government relations.
This focus on research and innovation is critical for the long term development of this country’s productive capabilities if it is to survive and thrive in the modern world.
Technological Foresighting Consultancy
The implementation plan for the National Innovation Policy is being facilitated through a partnership involving the Government, the IDB and the University of Cambridge’s Technological Foresighting Consultancy.
This consultancy was a part of the Technical Cooperation Agreement titled “Strategic Roadmap for Productive Development Policy” (TT-1054). Through consultation with GoRTT, the University of Cambridge was selected by the IDB to execute the consultancy and develop strategic plans for the creation of a number of Centres of Excellence through which the implementation of the national innovation agenda will be focused.
The consultancy will identify areas of market potential in which non-hydrocarbon firms or sectors in T&T may develop research and technological innovation with commercial potential as

well as identify a shortlist of areas for in-depth analysis to assess how these areas might benefit from research and innovation efforts.
Ladies and gentlemen, it is our considered view that the Government’s intervention in this regard should be targeted first on ensuring a supportive environment, for example, concentrating scarce budget resources on globally-competitive public centres of research excellence and for ensuring technology transfers around such centres, incubator and high tech support services, and other infrastructure. Moreover, this should only be done via direct grants to start-ups and entrepreneurs where there is adequate demonstration of commercial viability of the new ideas.
As you engage in your discussions over the next two days, be mindful that we have to make sure that we catch up with the best practice in the world and ensure that more of our resources are spent on those priority areas which are crucial to the future our economy. We must also ensure that we coordinate better how we work in these areas.
We owe no less to our country.
May God bless your deliberations, and may God bless our nation!
I Thank You.