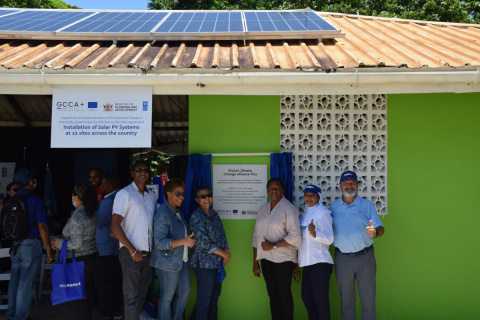 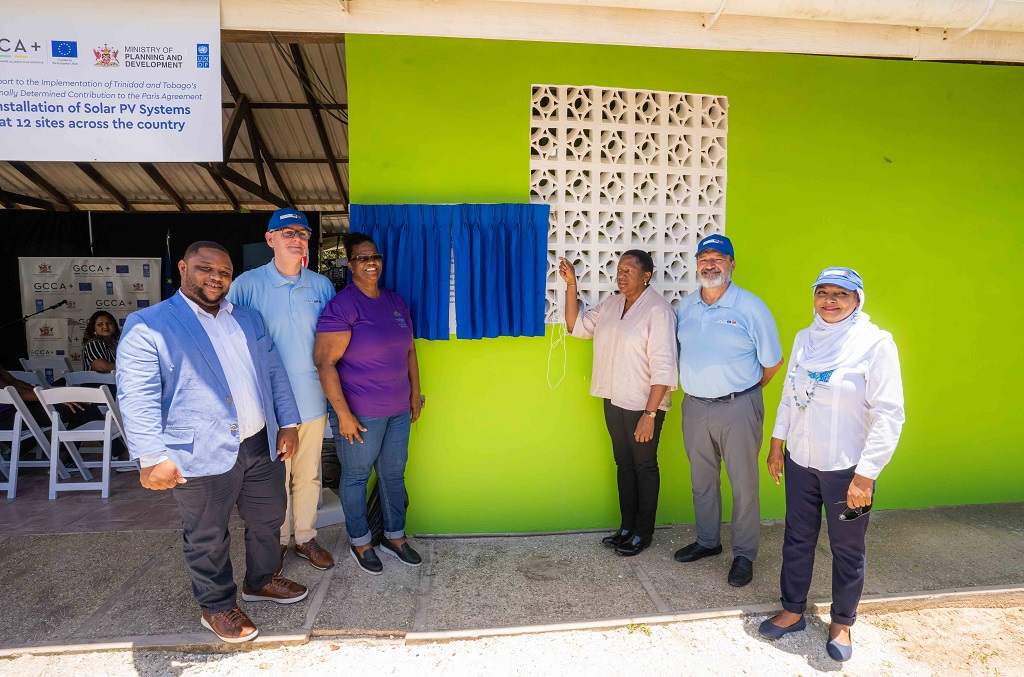 Turtle conservation group Nature Seekers will for the first time receive solar-powered electricity thanks to a grant under an initiative launched by the United Nations Development Programme (UNDP) in partnership with the Global Climate Change Alliance Plus (GCCA+).

According to a statement via the GCCA+ and the Ministry of Planning and Development, after three decades of utilizing generators, Nature Seekers, Matura Sea Turtle Nesting Site will for the first time have reliable source of power to conduct much-needed activities at the facility.

This follows the installation of a small-scale roof-mounted solar (PV) system under a solar power initiative implemented by the United Nations Development Programme (UNDP) in partnership with the Global Climate Change Alliance Plus (GCCA+).

The statement said the Nature Seekers solar power system, which was formally commissioned on Wednesday, is one of 12 being installed in communities across Trinidad and Tobago.  Funded by the European Union under their GCCA+ initiative, this project supports the delivery of Trinidad and Tobago’s Nationally Determined Contributions (NDCs) under the Paris Agreement and is being implemented by the UNDP on behalf of the Ministry of Planning and Development.

The statement said the installation will assist the Nature Seekers facility at their beach facility where they monitor and tag endangered leatherback turtles that return annually to nest along the shores of Trinidad and Tobago.

Speaking at the commissioning, Planning Minister Pennelope Beckles-Robinson, Minister of Planning and Development, said this initiative signifies a milestone to deploying renewable energy in rural communities.

“This component includes the installation of rooftop-scale solar energy systems in remote communities, as well as RE/EE-conducive policy and legislative framework, and the raising of public awareness in relation to Energy Efficiency. The overall aim is to assist Trinidad and Tobago in increasing the availability and use of energy from renewable sources, as well as to increase the efficiency levels in the consumption of energy.”

Peter Cavendish, Ambassador to the European Union Delegation to Trinidad and Tobago said:

"This solar project falls under the EU’s Green Deal, that includes the Global Climate Change Alliance Plus Initiative (GCCA+). For those of you who may not be aware, the EU has set very ambitious goals to combat climate change – to achieve 55% percent fewer greenhouse gas emissions by 2030, with a longer-term vision to make the bloc climate neutral by 2050. The Green Deal is our roadmap to make those climate ambitions a reality.” 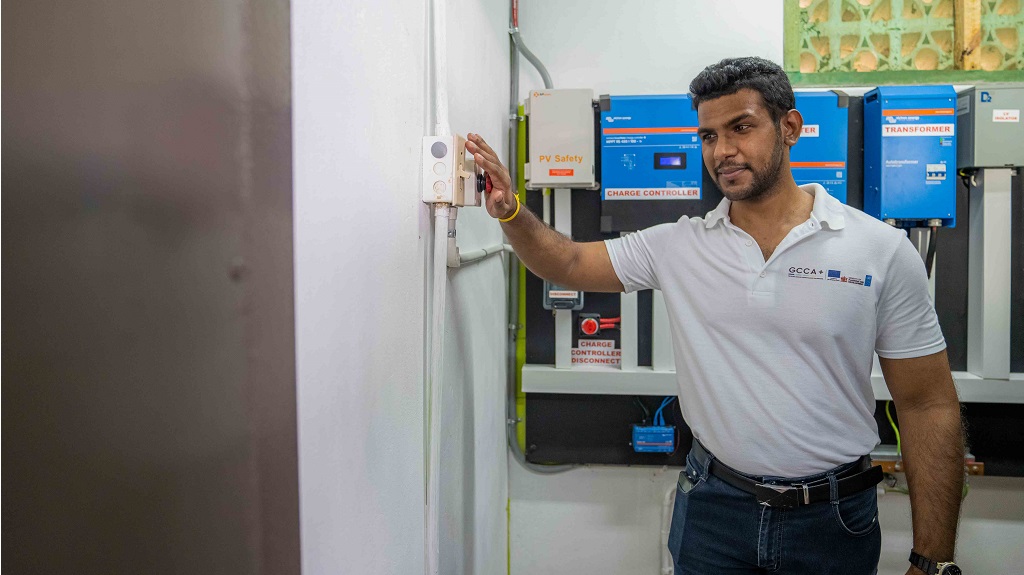 The installations, according to Gerado Noto, Resident Representative, UNDP, are part of the larger initiative which is being supported with a budget of 2.4 million euros or just over TT$16 million.

“The solar installations are part of a larger project to assist Trinidad and Tobago in meeting its global commitment under the Paris Agreement. Through its Nationally Determined Contribution (NDC), Trinidad and Tobago has agreed to reduce carbon emission by an overall 15 percent by 2030. The target of the GCCA+ project is to produce 10 percent or 268,056 kWh/annum of the country’s total electricity output from renewable sources, such as solar.”

Suzan Lakhan-Baptiste, Managing Director of Nature Seekers revealed that this solar project will save them hundreds of dollars in operating costs, as generators are costly to acquire and maintain.

The cost in savings, she explained would go towards the establishment of a homework centre for the village of Matura as a lot of parents are unemployed and single parents.

“We want to help the kids in our community by introducing technology such as laptops and computers to help them stay connected.”

Following the formal proceedings, Sharifa Ali-Abdullah, UNDP Assistant Resident Representative, invited members of the community and the media to view the flipping of the switch to mark the historic commissioning of solar energy at the facility.