COP27: What you need to know 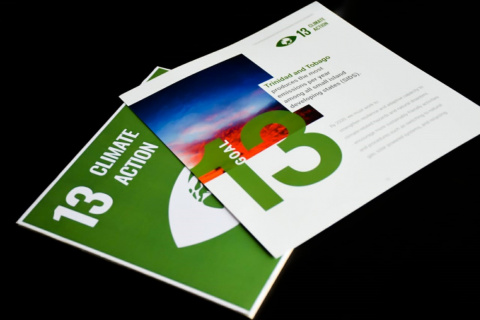 COP27: What you need to know

World leaders are meeting in Sharm el Sheikh, Egypt, for two weeks of climate negotiations at COP27. As the world battles an energy crisis, rising inflation, and a war in Europe, these critical climate talks continue to bring the global struggle of cutting greenhouse gas emissions to the forefront.

Last year, at COP26 in Glasgow, Scotland, nations collectively agreed that they must immediately do more to prevent rising global temperatures. However, these actions have yet to be implemented at the promised pace while the consequences of climate change unfold.

Over the next two weeks, COP27 is expected to be rife with tension between rich countries that pollute the atmosphere, and poorer nations that are on the frontlines of the climate impacts as the question of who will pay for the losses and damage is hotly debated.

COP stands for Conference of the Parties. In this case, the “parties” refer to the 197 nations that agreed to the United Nations Framework Convention on Climate Change (UNFCCC) in 1992.

Trinidad and Tobago signed and ratified the UNFCCC in 1994.

he treaty addresses the “dangerous human interference with the climate system” and stabilizes levels of greenhouse gas emissions in the atmosphere. The U.N. climate body convenes those governments once a year to discuss how to address climate change jointly.There is also another COP taking place in December this year in Montreal, Canada – COP15. However, COP15 is the 15th meeting of the Conference of the Parties to the U.N. Convention on Biological Diversity.

The Conference kicked off on Sunday, November 6th, and runs through November 18th. However, these climate negotiations unofficially began last week and are historically contentious, so it may go over.

These high-level climate meetings are being held at Sharm el Sheikh. This Egyptian city, nicknamed The City of Peace, is on the southern tip of the Sinai Peninsula, along the Red Sea. It is primarily known for its multiple resorts and hosting international conferences and diplomatic meetings.

COP27 will be split between the Blue Zone and Green Zone, similar to COP26.

The Blue Zone, at the Sharm el Sheikh International Convention Center, is for those registered with the UNFCCC and is the site of the official negotiations. It will be managed by the United Nations and subject to international law.

The Green Zone is at the Peace Park Botanical Garden, across the road from the Convention Center, and is a space for youth groups, civil society, academia, artists, and business to host events, exhibitions, cultural performances, workshops, and talks. This area will be run by the Egyptian government and open to the public.

Depending on whom you ask, you may get a different answer.

Developing countries, like Trinidad and Tobago and our neighbouring Eastern Caribbean islands, want a commitment to the already pledged money to address already-present climate-fueled disasters. This funding is known as Loss and Damage. These developing countries are pushing wealthy nations further on climate financing. Specifically, new funding for climate adaption and mitigation to address relocation for those permanently displaced due to flooding or sea level rise and managing the economic toll climate disasters have on these lower-income countries.

However, wealthy, long-polluting nations have resisted efforts to pay for the extreme weather events that are becoming more frequent and devastating.

Meanwhile, wealthy nations want to place the focus on ways developing countries can phase out fossil fuels and transition to greener energy sources.

Over 100 heads of state are expected to make an appearance, according to the UNFCCC, with more than 50,000 delegates.

Trinidad and Tobago’s delegation will be led by the Minister of Planning and Development, Pennelope Beckles, and its head of the Multilateral Environmental Agreements, Kishan Kumarsingh.

Other Trinbagonians involved in panel discussions and negotiations are also expected to be at the Conference, including Dr Arlene Laing, the Coordinating Director of the Caribbean Meteorological Organization; Racquel Moses, the CEO of the Caribbean Climate-Smart Accelerator, and Akil Callendar, Youth Specialist at the Sustainable Energy for All (SEforALL).

and the Stanley Center for Peace and Security.