Planning Minister to crack down on illegal buildings 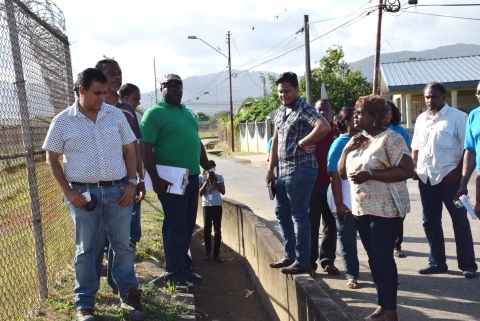 Planning and Development Minister Camille Robinson-Regis yesterday said her ministry is embarking on an enforcement drive to clamp down on the growing number of unplanned developments in Trinidad and Tobago..

Speaking to Sunday Newsday during a tour of the Arouca/Maloney constituency, which she represents in the Parliament, Robinson- Regis said an increasing number of people have not been adhering to the strictures of the Town and Country Planning Division on the construction of residential and commercial buildings..

She said her ministry has begun issuing enforcement notices to such people to eradicating the problem..

“What has been happening is that the Ministry of Planning, through the Town and Country Planning Division, has been issuing a lot of enforcement notices recently and as a matter of fact we want to go on an enforcement drive because many people are either building without permission or when they get the permission, they build outside of the remit of the permission,” Robinson-Regis said..

As an example, the minister said there were people actually building their foundations in river courses in her constituency and other parts of the country..

“So, there is a general sense that nobody is taking responsibility for ensuring that they are building within the legal limits.” Robinson-Regis said the problem also existed in Tobago..

“Tobago never used to be a problem but of late, Tobago is building without permission,” she said..

“But in Trinidad, in particular, they are building in areas that are not designated for either commercial buildings or of you give permission for residential buildings for one store , they building two storeys.” Robinson-Regis said the ministry has been errant in not issuing many notices within the past five years. “I suspect that this is happening because we have not been going out enough and I think what happened over the last five years is that not many enforcement notices went out..

“So, we have enforcement notices going out very rapidly now and we also have some court matters.” The minister said once people start building outside of their remit, “it creates environmental problems, sewerage problems and a whole host of problem for both residential and commercial homes.”“Somebody might get permission for a type of dwelling and then they build something totally different because not enough people are going out to examine if the people are building within the strictures of what they were allowed.” Regarding the Maloney Housing Development, Robinson-Regis said there was an urgent need to rehabilitate and possibly condemn some of the HDC buildings..

“My constituency consists mainly of HDC developments so for the Maloney area is the maintenance of the HDC buildings,” she said..

“We have 21 buildings, each housing about 96 families by 21 and a lot of the infrastructure in these HDC buildings needs either to be condemned or to be rehabilitated.” She said she has already spoken to Housing Minister Randall Mitchell about the issue..

“What has happened is that where we have places that are two-bedroom, we have about three generations of people living in the apartment, so that they have more than outgrown the units..

That is an issue.”